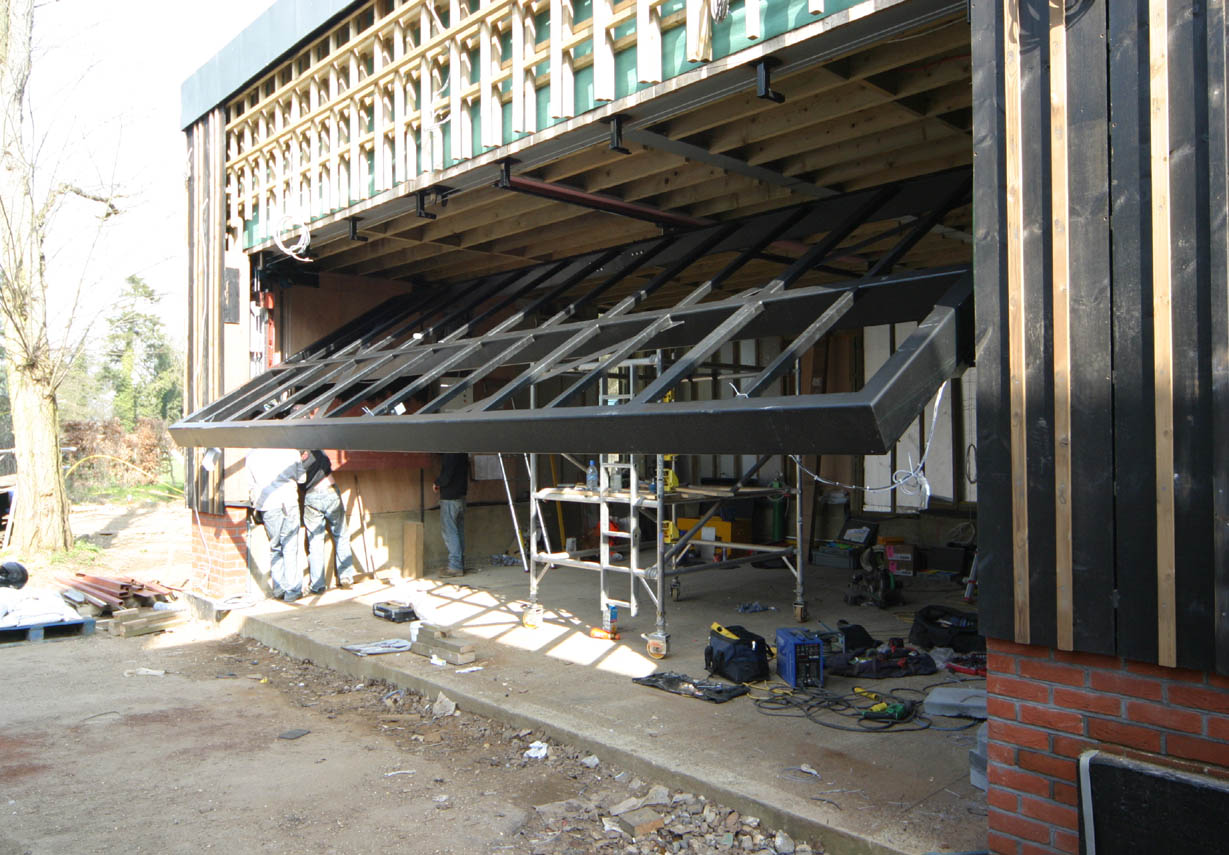 meia was approached by a customer who wished to create an outsized automated garage door for his monster truck collection.

The structure is designed to be clad with alternating vertical wooden strakes to match the rest of the building facade. This created a more elegant closed appearance as the shut lines were hidden. When most of the building wall starts to hinge open, it becomes quite a spectacle.

Opening such a heavyweight element as this door/wall requires a powerful drive system. The system is powered by a hydraulic motor and ram, with the alignment being controlled by track and slide car.

Safety beams sense along both sides of the moving element’s lower closing edge to prevent trapping objects or obstructions.

As with all meia installations there is a manually operated back up drive system that can be used in the event of power or system failure.

Where the opening cycle passes near to internal doors, we usually fit an electrical interlock system and audible alarm. This prevents the nearby door to be opened whilst the opening wall is operating, and anyone nearby knows the system is on the move.